Words by TU Delft (translated into English by Vanessa Ntinu)

The mission of TU Delft is to train socially engaged engineers. But how do you do that? Education Fellow Reinout Kleinhans allows students to work on issues in the neighbourhood, together with social partners and residents. Community engagement, as it is called. It strengthens the connection between university and society and gives students an important foretaste of situations they will face in their future work. 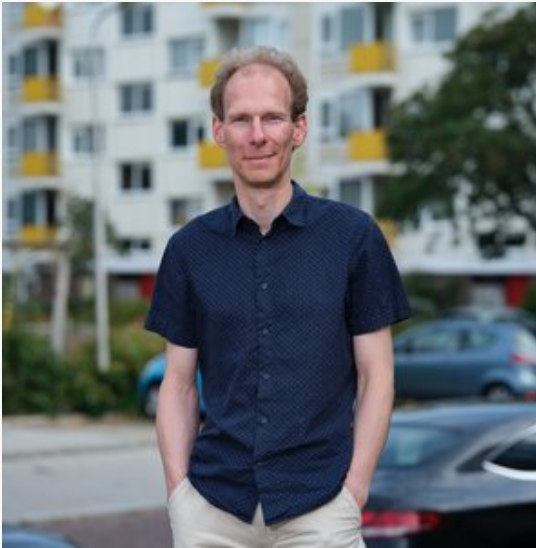 Involving local communities in education and research, that's what community engagement is all about. “We want to bring students into contact with people from outside the university – residents, entrepreneurs, civil servants – in a way that is positive for all parties. It must therefore be instructive for students, but it must also benefit the other parties involved”, explains associate professor of urban renewal Reinout Kleinhans. The starting point is often formulating research questions in collaboration with the municipality that students can consider. “Students then try to gain a better understanding of the issue, but also to translate that into a design. This can be a spatial design, such as redesigning a park, but also designing strategies for welfare work or setting up initiatives such as a neighborhood watch.”

The Kuyperwijk in Delft is one such neighborhood that Kleinhans' students have been looking at in recent years. It is not a problem neighbourhood, but a survey in 2018 did show that residents more often felt unsafe and experienced increasing nuisance and more rubbish on the street. “There were also signals from community police officers and welfare workers that things were going less well. The municipality wanted to know better what was going on," says Kleinhans. Two years ago, his students, therefore, did extensive fieldwork there. “They then collect information in all sorts of ways. They observe, conduct street interviews with residents at shopping centers or schools, talk to the local police officer, housing associations, and welfare organizations and analyze existing data.”

We want to bring students into contact with people from outside the university – residents, entrepreneurs, civil servants – in a way that is positive for all parties". 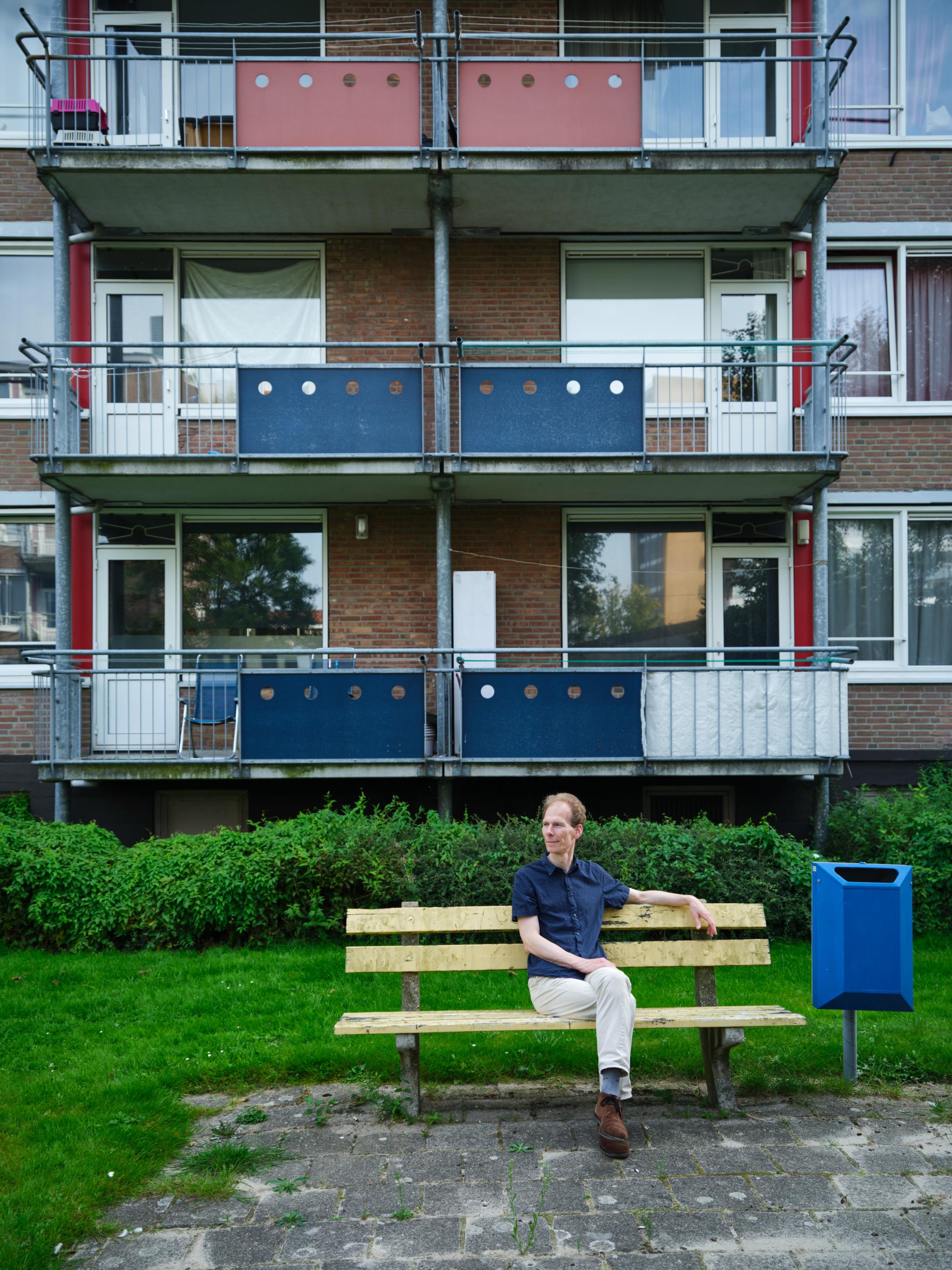 The picture from the survey was confirmed: "It was certainly not bad across the board, but there was suffering behind the front door, such as poverty and loneliness, and little connection between different groups of residents." Better insight into the problem is valuable for the municipality, but it doesn't stop there for the students: they designed possible solutions. “For example, they looked at alternatives for the layout of the central shopping square in the district. If you make the public space more fun and attractive, it invites people to stay longer and it can perhaps become a meeting place.”

Lucas van Berkum is one of the students who worked on the Kuyperwijk. After a bachelor's degree in history in Leiden, he is now following the master's degree in Governance of Migration and Diversity, a combined master's program at Leiden University, TU Delft, and Erasmus University. “I knew the Kuyperwijk from the past, I lived nearby and cycled through it on my way to school. I didn't see that bad image as a child," he says. “But residents no longer felt at home because the social distance was too great. Delft progressed and their neighborhood lagged behind, was their feeling. Initiatives such as a community center never got off the ground. That caused frustration.” Because they were unable to enter the neighborhood themselves due to corona, Lucas and his fellow students took the reports of their predecessors a year earlier as a starting point. Kleinhans: “Their assignment was to take the ideas of a year earlier one step further. For example, how do you arrange management if you are actually going to implement something?”

Lucas set to work on a proposal for a community garden. “That's a good way to connect people and reduce social segregation. My contribution was to allow residents to grow crops that depend on the seasons. Because if there is variety, people will keep coming back and there is a greater chance that the initiative will continue to exist,” he explains. He wants to further increase that chance with an organization based on volunteers from the community center. Ultimately, residents will hopefully become proud of their neighborhood again, although, according to him, it will take some time. “Neighbourhood change does not come about within a few years. This takes generations and requires a long investment. Implementing large-scale changes takes time,” says Lucas.

Learning at the top 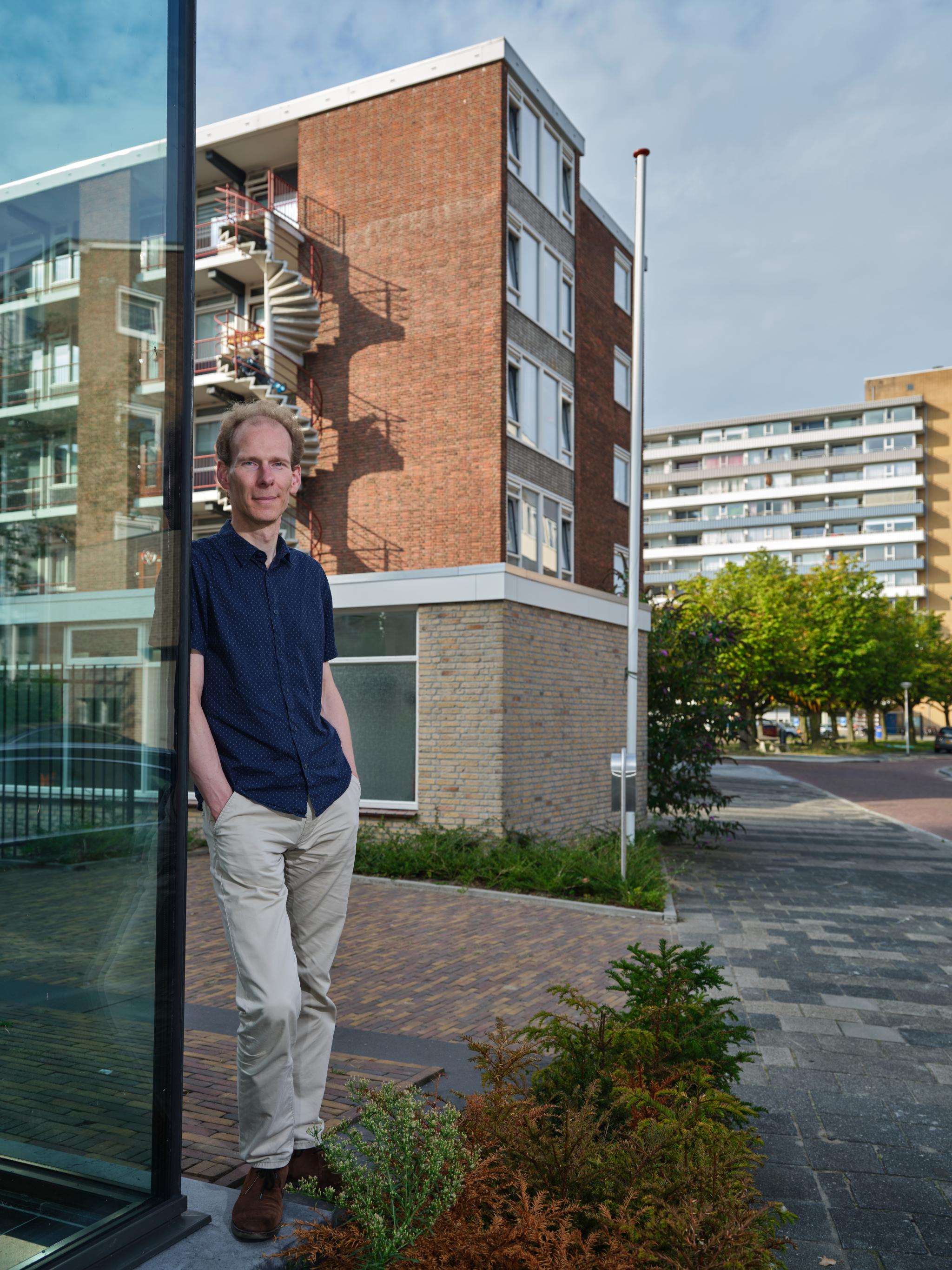 The fact that his students come up with concrete solutions is not the main thing for Kleinhans. “The municipality has its own planning and development cycle for such an area, so what we do does not automatically lead to interventions, although it is nice if something is done with the proposals.” At the top is the learning process of students. “Even though they can't solve the problems, I want them to think about what they could do and what it would take to do that. They have learned that they have to empathize with users, but they are not actually trained in how to do that. Through community engagement, they can experience that your design becomes much better if you immerse yourself in your target group. Then they find out that their assumptions usually turn out to be wrong in practice. It's really nice to see that penny drop. You see students become very enthusiastic as a result. Those are the moments I enjoy as a teacher.”

Moreover, in a multidisciplinary context, such as the master's specialization that Lucas is following, students learn a lot from each other. Kleinhans: “Students from different backgrounds – engineering, sociology, public administration, migration history and development studies – exchange points of view and become aware of each other's different perspectives. That broadens their view of the problem. They then have to achieve results in a short time in a team of people with different backgrounds and knowledge levels. In the beginning, they find it exciting, but afterward, they are enthusiastic. And it's a good preview of what they'll see later in their professional careers."

Although the policy of the municipality is not directly influenced, the input of students often has an inspiring effect. “A fresh look is their greatest weapon, they are not yet hindered by administrative squabbles. Professionals like to see that, you notice that when the final results are presented”. Lucas also sees it this way: “We have had less to do with policy and are not yet stuck in the pattern of many workers. And as young people, we are already very busy with connecting, with that social aspect.”

Due to the circumstances, however, little came of sharing results with stakeholders last year. Nor could the idea of ​​reciprocity, of giving something back to the neighborhood, be given an appealing interpretation. For example, students designed a vegetable garden and a fitness park for a temporarily fallow piece of land in the Kuyperwijk. “Normally we would take this further within another subject or as volunteer work with students and residents. Unfortunately, that has not come to fruition due to corona.” That is also unfortunate because such contributions benefit the image of students: “This allows us to show that students are much more than passers-by partying and drinking; that they can actually contribute to the neighborhood and to the city through designs and projects.”

Kleinhans was appointed at the end of 2019 as a TU Delft Education Fellow, a special appointment in which lecturers devote part of their time to educational innovation for two years. “I want to get a better grasp of this way of working through community engagement. There are stingers and foot clamps on it. For example, the interaction between students and local stakeholders within an educational setting is quite a quest. Students have to learn something and be able to make mistakes, without stakeholders being bothered by this. At the same time, residents also want to get something out of it. How can you reconcile that?”, he says. “Another area of ​​tension that I look at is that the municipality cannot, of course, determine the research agenda in an educational setting. Rather, it is a co-production, where we both bring in something and get something out of it. One of the things I have learned is that as a university, municipality, and other actors, we need to express much more clearly to each other what we want to get out of it.” 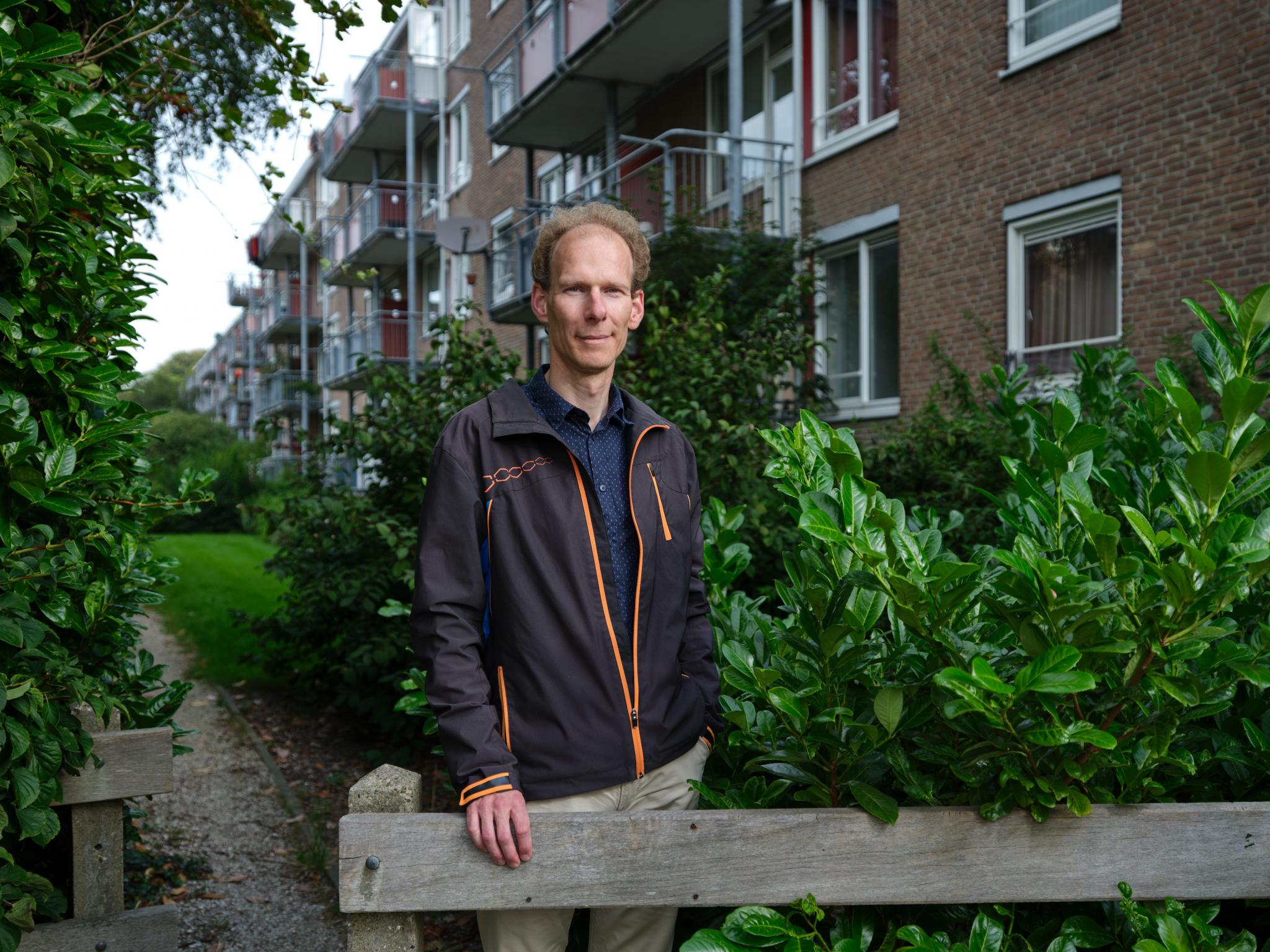 In addition, Kleinhans is developing a conceptual framework and a guideline that other teachers can use when developing courses based on community engagement. Kleinhans is convinced that this form of education can contribute to TU Delft's mission: to train socially responsible engineers. “This approach to education in collaboration with the local community can help students develop the skills they need to work with and for people in society.”

When his Fellowship ends at the end of the year, his innovative educational work will not be finished (partly due to corona), but he does not see that as a problem. “You join a group of Education Fellows affiliated with the Teaching Lab who are looked at when it comes to educational innovation, even after those two years. It's actually an appointment for life." 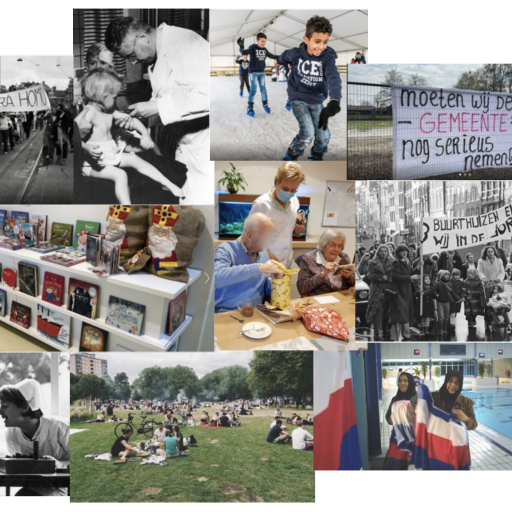 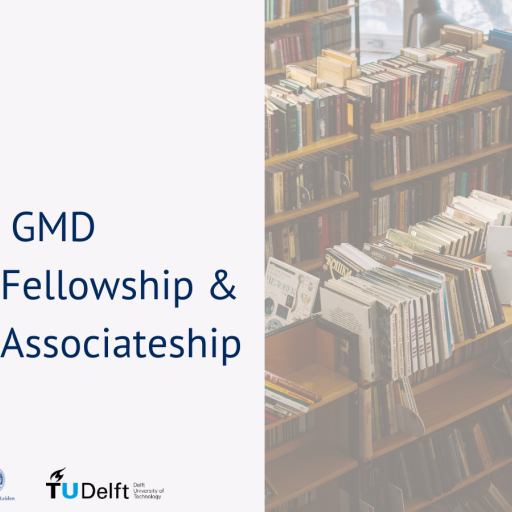