In this episode, we speak with Nelson Mota (TU Delft) about what prompted his initial interest in architecture, the connection between homes and memory, his work at TU Delft, and his involvement in the DHZW thesis hub initiative.

Thanks for your time, Nelson! Do tell us a little bit about yourself. How did your interest in Architecture begin? 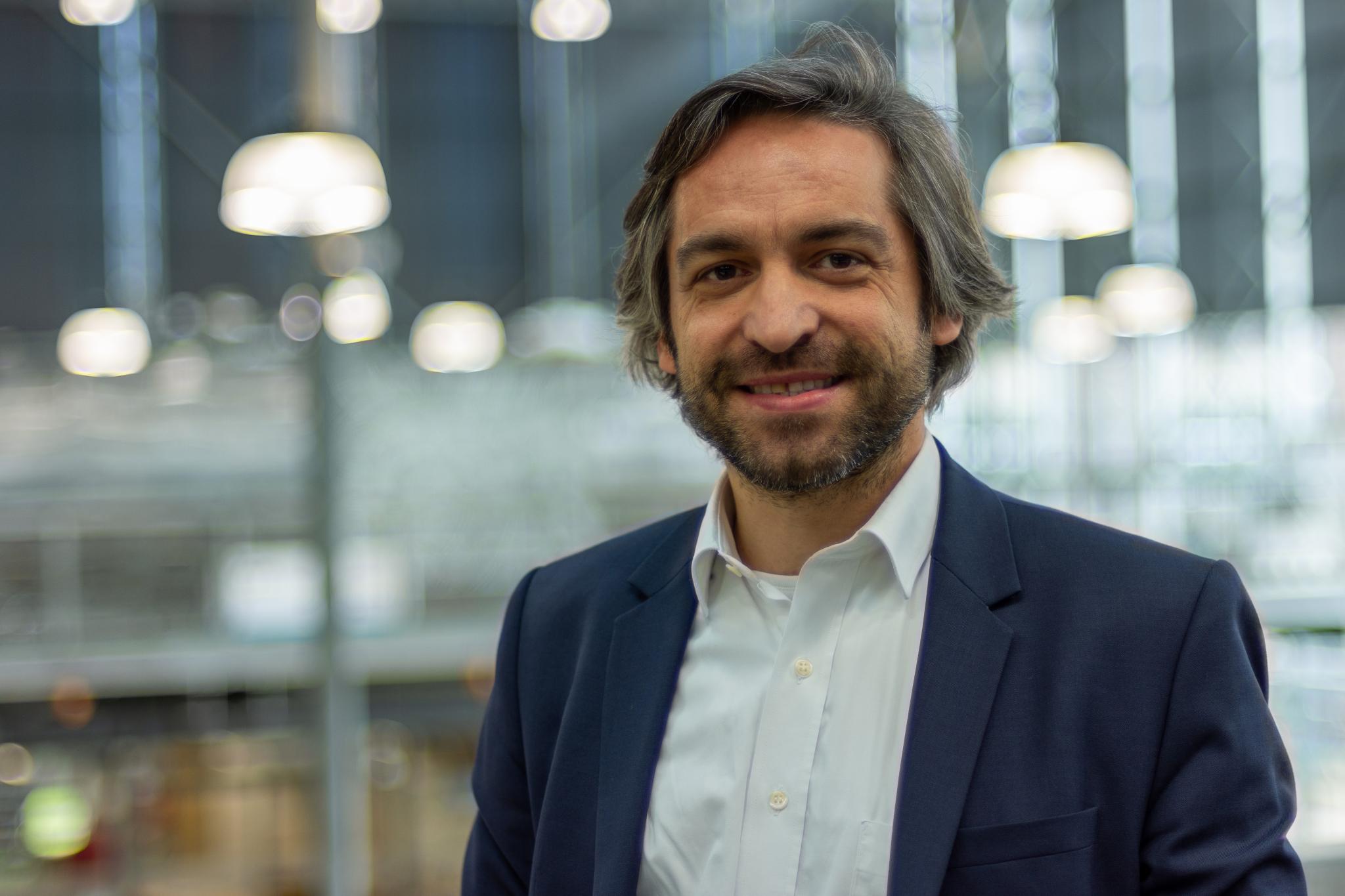 Well, thank you so much, Vanessa. It's a real pleasure to meet you and to have this conversation with you. I am originally from Portugal, and I was interested in architecture since I was a teenager. I was fascinated by architecture as the art of transforming something that you imagine, then sketch, and eventually it becomes a space where people live, work, or play. I came to understand that architecture transcends just sketching nice buildings but is also concerned with imagining spaces and places that shape people’s everyday life and their relationship with the surrounding context. Then I thought, 'well, this is quite powerful'!

I pursued my initial architectural education at the University of Coimbra, in Portugal, where I graduated and where I eventually started teaching a few years after my graduation. For more than two decades, I have been interested and active in architectural practice but also in architectural education and research. This is what brought me to the Netherlands in 2009. I came here to pursue my Ph.D., with research focused on how housing, architectural memory, and territory come together. My initial plans were to finish the Ph.D. and go back to Portugal, but eventually, I stayed in the Netherlands, teaching at TU Delft.

What are key links you've observed between architecture/memory/dwelling and migration and/or diversity?

One of the main focuses of my doctoral research was the idea of the vernacular tradition. In the 1970s and 80s, the development of housing neighborhoods with participatory processes gained some prominence. This meant involving residents in the design decision-making process. The case studies I looked at for my doctoral dissertation included two projects in Portugal, one in Berlin and another in The Hague, all designed by the same Portuguese architect, Álvaro Siza. In all these cases, the architect was trying to make sense of how to design with the people, not for the people. It was interesting to assess the ways one could bring together different stakeholders' interests into the same design processes. This is particularly relevant in communities with different cultural backgrounds, different religious upbringings, and different paths of migration - either internal or transnational. The idea of negotiating all these differences is what truly interested me. Housing turned out to be an incredibly fruitful platform to discuss this. Housing design plays a crucial part in defining one’s idea of “home”, which is a key aspect to consider when addressing the issues of migration and diversity.

In cities, we still see a tendency to place efficiency over community, numbers above people. Developers tend to adopt a cookie-cutter approach and prioritize quantitative outputs rather than embracing other aspects that are fundamental to promoting a sense of belonging. Neighborhoods that are based on endless repetition of identical building types usually fail to accommodate or cater to situated and localized ways of living. An obsessive focus on efficiency undermines the possibility of accommodating diversity and integrating people with diverse migration backgrounds because everyone must fit into the same model or type. The aim of my educational and research focus is to investigate alternative approaches to housing design, where efficiency and affordability can be combined with design features that cater to diversity and inclusion.

In cities, we still see a tendency to place efficiency over community, numbers above people".

The research you have carried out (outside of your Ph.D.) is based in several cities. What are some key differences you see between the different cities you have studied?

I have indeed been carrying out research, and especially educational projects, in places that are not familiar to me. This is part of a program that we started at the TU/ Delft nearly 10 years ago called Global Housing. What we try to develop with our research and educational programs is to raise awareness on the importance of being able to unpack the nitty-gritty details of everyday life as key factors to integrate in housing design. We want to stimulate the development of a new design thinking that does not stick to the technocratic approach that assesses everything from a quantitative lens.

In our department of architecture in Delft, there is a big tradition on housing studies. However, most of these were focused on Dutch housing policies and design approaches. Together with a group of colleagues from Delft and partners in places like Addis Ababa, Mumbai, and São Paulo, we have been trying to disseminate knowledge on what housing means in different parts of the world; especially in contexts undergoing a process of rapid urbanization.

A few years ago, the number of people living in cities outnumbered those living in rural areas. This phenomenon of urbanization, which is largely consolidated in North America, South America, and Western Europe, is still undergoing in South Asia, and sub-Saharan Africa. This process of rapid urbanization brings many housing challenges, especially for the low-income sections of society in the so-called developing countries. The research and educational projects our Global Housing group has been involved with have been an incredible learning experience for me and my colleagues. We are constantly learning more about the threats and opportunities to create resilient urban conditions in different contexts, and how they are related to global challenges.

We know you are involved in The Hague Southwest Thesis Hub (Scriptiewerkplaats), tell us a little about the role you play in that. Why do you think such an initiative is important?

Indeed! There's some background to our involvement in this initiative. The initial collaboration started with the Leiden University Medical Centre (LUMC). Through Delft Global Initiative, Professor Maria Yazdanbakhsh, from LUMC, reached out to us and wanted to understand how patterns of urbanization can have an impact on one's health. Together, we designed an initiative to create transdisciplinary teams of students, with students from biomedicine and students from architecture, that would focus on a particular urban condition. Our initial intention was to carry out this research in Indonesia, however, this was not possible due to the COVID-19 pandemic. We then began to consider doing the research in a nearby city. Due to LUMC having its Public Health department based in the Hague, we decided to choose this city as an adequate site for a pilot case study.

This project thereafter evolved and eventually, Mandy Koenraads, from the LDE GMD became aware of our pilot with LUMC and suggested continuing this work but in the Hague Southwest (DHZW). I thought it was a great idea and we were on board. Despite the context being different, both the DHZW initiative and our project were still motivated to investigate how health and quality of life can be impacted by different types of buildings, open spaces, the presence (or lack thereof) of greenery, and amenities.

This initiative is incredibly important because it encourages our students to engage with the community and try to understand the everyday life experiences of the residents. In most educational programs, this practical element is often missing. There is often a reliance on secondary research and this hands-on aspect hardly appears. This circumvents the actual contact between students and reality.

The issue of communication between stakeholders is very important for us. In this specific project, rather than bringing the results of this research in reports or other types of scientific outputs, we consider bringing them out in formats that can be brought back to the community.

In this specific project, rather than bringing the results of this research in reports or other type of scientific outputs, we consider bringing them out in formats that can be brought back to the community".

What advice would you give us as a center? What potential blind spots should we be wary of?

I must give a bit of a disclaimer that I've only recently been introduced to your center. I have obviously read about the goals of the center, and I think these are in line with some of the experiences that I mentioned earlier. What I think that this center could be crucial for is to perform as a platform to bring together different disciplinary perspectives on the issues of migration and diversity. As I've tried to point out, the concept of housing can be intertwined with the notions of diversity and migration. One may think, what does architecture have to do with these concepts? I think that is the beauty of a center like yours, it can facilitate the coming together of disciplines conventionally not grouped together and truly highlight how intertwined they are. 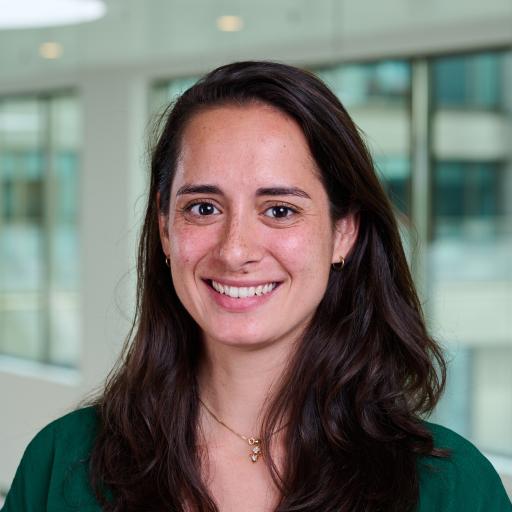 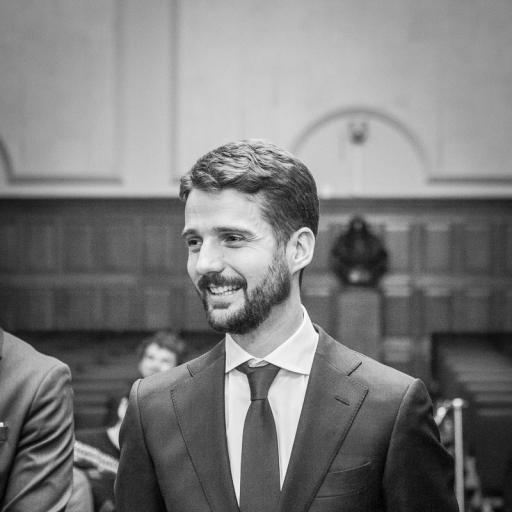 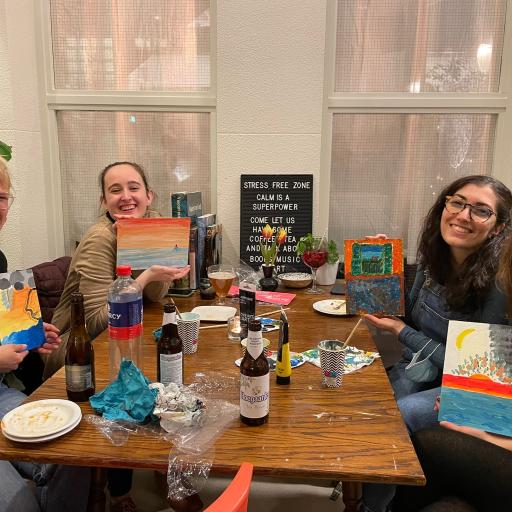